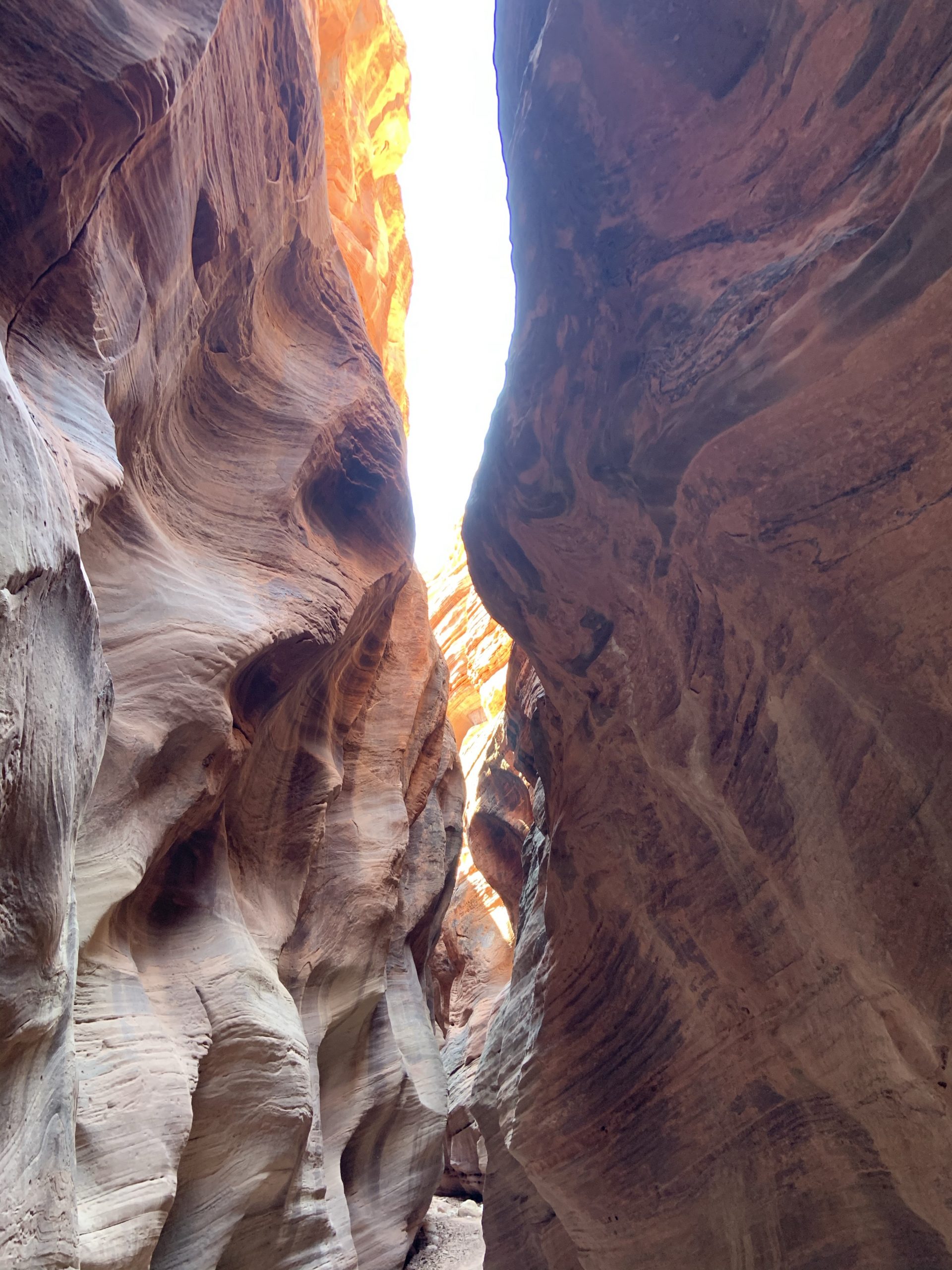 So, the difference between a National Park and a National Monument appears to be that the latter cannot have paved roads of any sort between it and the public who wishes to visit it. Or, so our experience in Vermillion Cliffs would lead me to believe. After a filling jarring 20 or so miles on dirt roads of low quality we arrived at the trailhead. After our experience in Zion, the kid and I were slightly hesitant about another hike in 107° weather, but Jodi had said this was the one thing she felt like she really HAD to do on this trip, so we were all in on this for her.

Sadly, we neither had time nor the ability to do the Wave (Google it, that is a real place), but we were doing the Wire Pass to Buckskin Gulch hike.

The marquee part of this hike was the mile or so of the hike that was in a series of slot canyons. Slot canyons are narrow canyons with really tall walls. They are so narrow that you cannot hike them if there are clouds on the sky, because flash floods would be fatal to anyone in the slot canyon.

There is one other part of the hike that was stressing me out: The Obstacle, a 10 foot drop that had to be scrambled up on the return.

Other than an exposed bit that had to be traversed at the start and end of the hike, it was entirely in the slot canyons or shade. The hike was magical. Like waking through an alien world or a landscape painted by Dr. Seuss.

And on the way out we found a 8 mile dirt road, which was gloriously shorter than the way in.

Vermillion was amazing. Though the next day was sounding like it was going to be less impressive, Monument Valley was closed.